There were announcements by Theresa May, the Home Secretary, and by the Prime Minister last week saying that the terror threat has been raised to ‘severe,’ one down from the highest.  This came about following news that people have been leaving this country to fight for the #IslamicState formerly known as #ISIS.  Some are said to be returning and having been radicalised, pose an increased threat to this country.

A package of anti-terrorism measures are currently being worked on for presentation to Parliament when it reconvenes.  The decision was taken following advice from the Joint Terrorism Analysis Centre.

Governments – and ours is no different – are frequently looking for more powers especially of an intelligence nature.  They want to demonstrate that they care for our safety and it is a way to be seen to take action.  The fact that inaction has been clear in terms of what is going on in Iraq and our policy towards it doesn’t seem to matter: at home new powers are needed and MPs will no doubt airing their views inside and outside the House of Commons.

Are these extra powers really needed?  The government and its agencies already have a huge armoury of powers at their disposal enabling them to intercept messages, phone calls, internet traffic, emails and so forth.  As has been shown, there is too little control being exercised by parliament over this activity and the key committee had little idea of the scale of it.

These proposals, combined with the parallel plans to make people stateless, show that there is a degree of knee-jerk reaction to events in Iraq.

The worry has to be that the proposals will represent a further erosion of our liberties.  Once the new powers are enshrined into law and the terror threat is reduced, will they be removed?  Unlikely on past form and they will have represented a ratcheting up of intrusion into our lives.

Our liberties and freedoms were hard won and we need to be especially vigilant when governments seek to limit or curtail them.  It will be interesting to follow the debate when it happens. 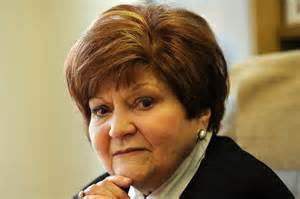 We are sad to record the death of Helen Bamber #helenbamber who set up Medical Foundation for the Care of Victims of Torture following many years as a member of Amnesty International and later the Helen Bamber Foundation.  The foundation helped many people who had suffered torture in various countries from which they had managed to flee.

The local group was privileged to hear Helen speak at one of its meetings some years ago.  She will be sadly missed.

We attach a letter published in the Guardian newspaper on 15th of August from survivors of the Holocaust.  It is an extremely moving letter, particularly bearing in mind the people who signed it.  It is unequivocal in its criticism of the violence by the IDF in Gaza.  It is worthy of a wider audience.

“As Jewish survivors and descendants of survivors and victims of the Nazi genocide, we unequivocally condemn the massacre of Palestinians in Gaza and the ongoing occupation and colonisation of historic Palestine.  We further condemn the United States for providing Israel with the funding to carry out the attack, and western states more generally for using their diplomatic muscle to protect Israel from condemnation.  Genocide begins with the silence of the world.

We are alarmed by the extreme, racist dehumanisation of Palestinians in Israeli society, which has reached fever-pitch.  Politicians and pundits in the Times of Israel and the Jerusalem Post have called openly for genocide of Palestinians and rightwing Israelis are adopting neo-Nazi insignia.

Furthermore, we are disgusted and outraged by Elie Wiesel’s abuse of our history in these pages (advertisement, 11 August; Report, 11 August) to promote blatant falsehoods used to justify the unjustifiable: Israel’s wholesale effort to destroy Gaza and the murder of nearly 2,000 Palestinians, including many hundreds of children.  Nothing can justify bombing UN shelters, homes, hospitals and universities. Nothing can justify depriving people of electricity and water.

We must raise our collective voices and use our collective power to bring about an end to all forms of racism, including the ongoing genocide of Palestinian people.  We call for an immediate end to the blockade of Gaza.  We call for the full economic, cultural and academic boycott of Israel. “Never again” must mean “Never again for anyone”. ”
Hajo Meyer survivor of Auschwitz; The Netherlands, Henri Wajnblum survivor and son of an Auschwitz victim from Lodz, Poland; Belgium, Norbert Hirschhorn refugee of Nazi genocide and grandson of three people who died in the Shoah; London, Suzanne Weiss survived in hiding in France, whose mother died in Auschwitz; Canada, Felicia and Moshe Langer survivors from Germany, Moshe survived five concentration camps, family members were exterminated; Germany, Michael Rice child survivor, son and grandson of survivor; United States and 30 Jewish survivors of the Nazi genocide and 260 children, grandchildren, great-grandchildren and other relatives of survivors
See full list at ijsn.net/gaza/survivors-and-descendants-letter/

After a decade of argument, the European court of human rights #ECHR has decided that the 10 prisoners denied the vote should not be paid compensation for the infringement of their article 3 rights to vote.  It did decide that the government is in breach of the convention.

This is a debate which has generated a lot of heat and a great deal of passion.  The prime minister David Cameron said that prisoners ‘damn well shouldn’t [get the vote]’ and previously was quoted as saying the idea made him feel ‘physically sick.’  It was a topic which came up with the local group’s meeting with John Glen the MP for Salisbury.

It seems that politicians have difficulty in understanding what prison is for.  Someone commits a crime and the court decides that a custodial sentence is appropriate.  There are two purposes to this: to deprive the person of their liberty as a mark of disapproval by society for the crime they have committed.  Then we want to rehabilitate them into society.  Unless we want everyone to go to prison for ever, then with a very few exceptions, they will be back into society.

It therefore makes sense as part of this second purpose that prisoners be allowed the vote.  In a small way it would help facilitate their entry into society.

The world has been horrified by the films, reports and photographs coming out of #Gaza since the latest violence started.  Amnesty teams – along with other organisations – have been in Gaza to assess the damage and have found evidence of war crimes by both sides in the conflict.  There have been serious violations by both parties but since the Israel Defence Force is the best equipped army and air force in the region by far, the damage and destruction has been predominantly on the Palestinian side.

Hamas continues to fire rockets into Israel but with the protection of Iron Dome, few have resulted in casualties.  The casualties on the Palestinian side have now passed 2000 (12 August, Sky News) with 67 Israeli deaths.  Many of the Palestinian casualties are women and children, killed in strikes on schools, mosques and hospitals.

Israel is able to carry on its attacks secure in the knowledge that it has, and continues to have, the support of the United States.  Indeed, the USA has continued to supply weapons to replace those lost in the latest fighting.  The United Kingdom supplied £6.3m in weapons to Israel last year.

It seems clear to most outside observers that whatever the provocation Israel has suffered, the scale of destruction in Gaza has been disproportionate.  This latest incursion follows hard on operation Cast Lead which also wrought terrible destruction in the territory.

Nor is the suffering imposed limited to the fighting but comes on top of the relentless expansion of settlements and the blockade of Gaza which has now lasted over seven years.  Gaza is in effect a prison surrounded by a stifling regime of checkpoints, barriers and walls.  They are not allowed to catch fish in the sea.  Inhabitants also have to endure power and water cuts for no apparent reason.

Is there any hope in all this?  Surprisingly, there may be.  It will not come from the ceasefires and feeble political statements wishing peace while at the same time continuing to sell arms.  The key difference this time is that Israel is losing the propaganda war.  Such is the volume of evidence emerging from Gaza, the harrowing footage of injured children and pictures of the scale of destruction, that people around the world have been moved to protest (see picture).

British Ministers are forbidden to use the word ‘disproportionate’ in their various statements.  But the public can see that it is.  Nick Clegg described the attacks on schools as ‘outrageous’.  Israel is desperate to avoid its actions going to the International Criminal Court and will no doubt succeed with US help in so doing.

With Cast Lead, the Israelis were able to keep journalists out of Gaza so that very little was seen on our TV screens.  This time, with a range of devices, images are coming through loud and clear.  This is another example of the public seeing things for what they are and politicians being behind the curve.  Support for Israel is still strong in the United States certainly among Senators and Congressmen, but younger people are not so supportive.  This is likely to be the key difference this time.