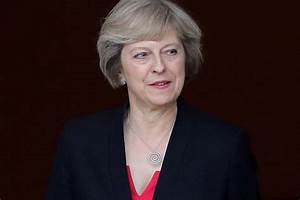 Government plans to withdraw from the European Convention of Human Rights

The Conservative government has long disliked the European Convention and is now proposing to put withdrawal in the next manifesto.  This will be a serious mistake and will affect the human rights of many individuals in the UK.  It will also send a message to many other countries around the world whose record on human rights leaves a lot to be desired.

One of the problems with discussing this issue is that it is clouded by a programme of disinformation by the tabloid press.  Being a European creation it is damned by association.  It is also, in their eyes, a serious threat because it gives people some rights concerning privacy.  Since large parts of the British press are concerned with the private lives of celebrities and profit from such stories (which to be fair have an avid readership), anything which inhibits their ability to publish such material is going to harm profits.  There has thus been a continuous series of stories which rubbish the Human Rights Act and the European Convention (ECHR).  Small wonder therefore that politicians follow this line and brave it is for those few who stand up for the Act.

Theresa May has a particular animus against it and is famous for her fatuous remark about someone not being deported because of a cat.  “I’m not making this up” she famously said: only she was.  The person involved was a Bolivian who wasn’t an illegal immigrant anyway but was a student who had overstayed his visa.  At the tribunal and later at appeal, part of the evidence for his right to stay, was his relationship with a British woman, various other domestic matters, and their ownership of a cat.

A more serious case which caused Mrs May angst whilst at the Home Office was the case of Abu Qatada.  The Home Office spent many years trying to deport him and the HRA was blamed by her and the right wing media for being unable to do so.  In simple terms, he could not be deported because either he – or the witnesses against him – would be tortured by the Jordanian authorities.  He was eventually deported following diplomatic negotiations which led to Jordan agreeing to renounce torture.  It was never really explained during all the months of dispute about the need to deport him, why he was never put on trial here.

In a speech in April last year Theresa May (then Home Secretary) set out her reasons for wishing to depart from the ECHR:

[…] The ECHR can bind the hands of Parliament, adds nothing to our prosperity, makes us less secure by preventing the deportation of dangerous foreign nationals – and does nothing to change the attitudes of governments like Russia’s when it comes to human rights. So regardless of the EU referendum, my view is this. If we want to reform human rights laws in this country, it isn’t the EU we should leave but the ECHR and the jurisdiction of its court. (26 April 2016)

Almost every part of this paragraph is nonsense but one element is ‘[it] does nothing to change the attitude of governments like Russia’s’.  We have just seen the brutal activities of Russian forces in action in Syria and prior to that, in Ukraine and Chechnya.  Human rights in Russia are at a low ebb and the murder of opposition leaders and journalists a fairly frequent occurrence.  But Russia has been subject to the ECtHR for some years and something like half their judgements are against Russia, Turkey, Romania and Ukraine.  It is, in a small way, a civilising influence.  It has had an effect on their activities.

On the other hand there has been a miniscule number of judgements against the UK – 10 in 2012 for example.  Indeed if one looks at the statistics, between 1959 and 2015 there have been 525 judgements concerning the UK of which 305 decided that there was at least one violation.  That is 305 over a period of 56 years.  From all the sturm and drang in the media you would imagine it was at least ten times greater.

The chief worry is that if we – one of the founders of the European Court – pull out it will give the Russians the perfect excuse to do so as well.  One of the lawyers acting for the survivors of the Beslan massacre in Russia said:

It would be and excuse for our government to say we don’t want it either.  Putin would point at the UK straight away.  It would be a catastrophe.  [the UK] has to understand; we all live in the same world and we all have impact on one another.  (quoted in A Magna Carta for all Humanity by Francesca Klug, Routledge, 2015, p193)

At the end of the extract from Theresa May’s speech she goes on to say ‘if we want to reform human rights laws in this country, it isn’t the  EU we should leave but the ECHR and the jurisdiction of its court.’   But what laws do we want to reform?  We still wait after more than five years for sight of the British Bill of Rights although it is still promised.

There are two aspects to the proposed withdrawal: internal and external.  Internally, it will reduce the rights of individuals in their claims against the state.  People like the Hillsborough survivors would never have succeeded in their quest for justice without article 2.  The parents of the Deepcut shooting would never have received justice without the ECHR.  On that subject, Theresa May also wants to remove the armed services from the act, a view echoed by the local MP for Devizes.

Behind all this anti-ECtHR rhetoric, are the assumptions that all EU rulings are wrong and that we have a superior and infallible legal system.  We do indeed enjoy a very good system – witness the low number of rulings against us by the European Court – but it is not perfect and judges have shown themselves to be too keen on supporting the establishment.  There is also the issue of sovereignty and a belief that it is only our parliament who should decide our laws.  The problem here is the weakness of parliament in challenging the executive.

Externally, it will send a harmful message to countries like Russia and Turkey where human rights are fragile.  It is astonishing to recall that it was a conservative, Sir Winston Churchill who was instrumental in forming the Convention.  Yet now it is the same conservatives who want to abolish it because, now and again, we fall foul of it and have to change our procedures or right a wrong.

Coming out of the European Convention would be a serious error and a backward step.  Our influence in the world would be diminished.  As a result of Brexit, we will be desperate to secure trade deals with whoever we can.  Such limited concerns as we do have for human rights will all but disappear in the rush to sign a deal.  Witness our activities in the Yemen where we are more concerned with selling £3bn of arms than we are with the results of the bombing.   In the UK, the ability of ordinary people to uphold their rights in every day situations will be diminished.

The local group hopes to campaign in favour of the Human Rights Act and related issues as when we get some details from government.  If you believe these matters are important, as we do, both for people’s rights in this country and our influence overseas, you would be welcome to join us.  Details will be here and on twitter and Facebook

3 thoughts on “Withdrawal from the European Convention threatened”